Fully loaded, a dragon boat seats 20 paddlers, a steersperson at the rear of the boat and a drummer who sits at the front of the boat and beats out the stroke. The boats themselves come in various designs and colours. During large regattas a dragon head and tail are traditionally mounted on the boat.

Dragon Boat Racing has ancient Chinese origins and its history has been traced back more than 2000 years. The first participants were superstitious Chinese villagers who celebrated the 5th day of the 5th lunar month of the Chinese calendar. Racing was held to avert misfortune and encourage the rains needed for prosperity – and the object of their worship was the dragon. The dragon of Asia has traditionally been a symbol of water and is said to rule the rivers and seas and dominate the clouds and rains.

Also incorporated in the history of dragon boating is the 2000-year-old myth of the statesman and poet Qu Yuan. After urging his king not to sign a peace treaty that he believed to be a deception he was expelled from the kingdom. When he heard that the court had been destroyed by enemies, he drowned himself out of sorrow. It is said that the local people, who admired him, raced out in their boats to save him, or at least retrieve his body. To try and stop his body from being eaten by fish and water dragons they beat drums and thrashed the water with their paddles. 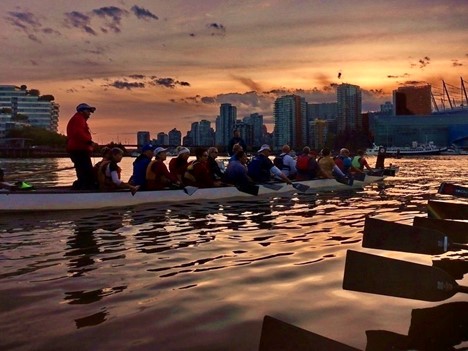 Thinking about joining us?

Browse our to Dragon Boat Teams to find the right fit.

Since then, members of FCRCC have represented Canada nationally in the Canadian Championships, and internationally—with race crews at World Club Crew Championships and on the Canadian National Team at Nations World Championships. FCRCC is considered among the top clubs in the dragon boating world, reaching the podium at all levels of competition.

Dragon boating in BC has grown dramatically over the years with regattas and festivals held all over the province and on almost every weekend from late spring to early fall. With its annual Spring Knockout Regatta, FCRCC hosts the first dragon boat regatta of the year. The largest local event (and one of the largest in the world) is the Concord Pacific Dragon Boat Festival, held annually in June. 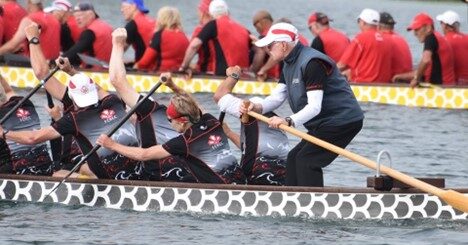